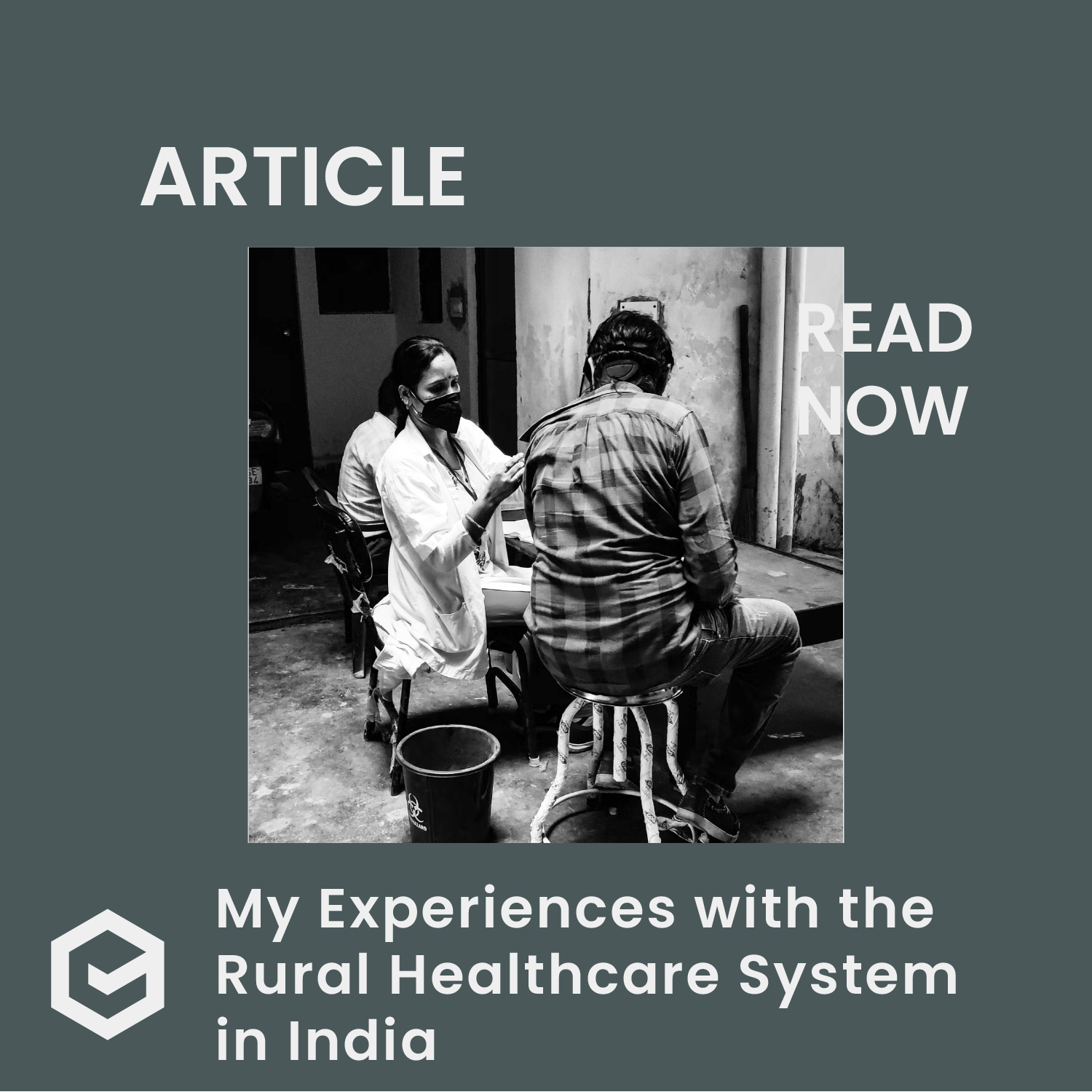 My Experiences with the Rural Healthcare System in India

Between 2007 and 2009, I was pursuing a Masters in Social Work with specialisation in Medical and Psychiatric Social Work, in Bangalore. I interned in the field of physical and mental health with organisations working in fields of disability, oncology, psychiatry and neurology during this time until 2011. During this time, I participated in mental health seminars and research studies, too.

My interest in Social Work took me on voluntary trips to different villages in Tamil Nadu, Karnataka, and Madhya Pradesh to explore community health and socio-economic issues in those places. It was through these internships, field visit and a thesis, that I learned about health rights, welfare policies and different diseases affecting communities.

In these places, the importance of health was largely underestimated. For instance, people working in match-and-cracker factories at Sivakasi had skin problems and respiratory diseases among others. But they didn’t regard it as an unusual phenomenon.

Likewise, people were unaware of neurological disorders caused due to genetic dispositions and dietary issues. They also didn’t know that chronic exposure to toxic environments led to these diseases lasting for generations. In Kolar district, people working in gold mines had a high amount of lead in their body. The community here was more likely to suffer from neurological diseases than others who didn’t work in factories and quarries.

Even though these conditions could be treated, there were very few awareness programs around them.

On the other hand, prevalence of these diseases in rural areas and urban slums increased constantly. People’s health in these places deteriorated every single day because of negligence on the part of caregivers. These caregivers weren’t trained or guided on how to deal with patients and their families. They didn’t understand the importance of continued medication and dietary patterns. Nor did they know how to read symptoms correctly and call for help at the right time. Above all, they had minimal knowledge about treating people with neurological illnesses.

In light of all this, I conducted a few community-based programs to help bring some much needed awareness. These involved seminars on disability, AIDS, psychiatry, neurology, and addiction management. The programs predominantly explored:

Are there still gaps today?

India is still facing shortcomings when it comes to community health. In 2018, India ranked 154th out of 195 nations in terms of healthcare quality and accessibility.

While the government tends to focus on communicable diseases, it’s important to understand that non-communicable diseases can be fatal, too. Moreover, vulnerable communities still don’t have access to quality healthcare, which means low-income groups continue to carry the weight of diseases in India.

The urban-rural divide adversely affects the situation, too. According to a report published by Frontiersin.org, about 3% of the urban population undergoes untreated major illnesses. The same number is 12% for rural communities.

The worst affected are tribal communities. They’re located in remote areas where healthcare facilities are non-existent. The tribal community is also discriminated against and they’re socio-economically backward as well.

But that’s not to say that the country hasn’t worked towards improving healthcare at all. India witnessed increased life expectancy from 64 years in 2005 to 68 years in 2015. In the same decade, neonatal mortality rates also improved, falling to 37 deaths per 1000 live births from 57 previously.

The pandemic, specifically, set things back by a large extent. Considering India’s miniscule 1.15 percent of GDP to healthcare, the system crumbled under the pressure of this deadly communicable disease. Nonetheless, the government has vowed to increase this to 2.25 percent by 2025. Still significantly low, but an improvement.

It’s high time we focused on the importance of public health in India, especially vulnerable communities. The scope of research in public health is vast and policies can be amended. Public health shouldn’t just include physical issues but also mental health, in both urban and rural communities.

Neurological illnesses are prevalent in several communities across India. But lack of social support systems impede effective care. The faith of the public in the healthcare system also needs building. Indians face some of the highest out-of-pocket costs for health services which doesn’t exactly instill trust. Plus, it drives poor households further away.

Research on effective ways of communication and advocacy is needed. Training and capacity building programs for communities are also necessary. Community leaders need to be identified and trained. Central intervention is crucial in dealing with community health.

Edited by Ayesha Tari, who comes with 5+ years of experience in the online marketing industry. She’s a freelance writer & editor, working with B2B clients in SaaS, Sustainability & Education sectors. Previously a social media manager for notable brands, now she loves writing long-form and website content. When she’s not being a wordsmith, she’s reading thrillers, watching MCU films, and cooking up new dishes. Connect with her on LinkedIn to keep up with her.